When the late director Robert Wise stepped behind the camera for 1979’s “Star Trek: The Motion Picture,” he reinvigorated a moribund franchise that hadn’t existed in a live-action format for 10 years. “Star Trek: The Motion Picture” was the fourth highest grossing movie of its year (as well as one of the most expensive, costing around $10 million more than that same year’s “Apocalypse Now”) and began the modern “Star Trek” era as we know it, spawning multiple sequels, spinoffs, and television series. It also nabbed three Academy Award nominations, for Best Visual Effects, Best Art Direction, and Best Original Score.

In spite of all this, Wise was never happy with the film and it was a sore subject with him for decades after its release. “’Star Trek’ was the one that got away,” said producer David Fein, who worked with Wise on several home video releases of the film. “He always insisted that you have to have your script solid before you start, you have to know where you’re going and have everything prepared. But he started this film with a tremendous deadline and a script that was being rewritten constantly throughout the shoot. Script revisions were coming in not just by date, but by time. Bob would get notes and say, ‘Well I just finished shooting this’ and throw them away.”

To make matters worse, the need to make a Christmas release date meant the visual effects and sound were never properly completed; Wise viewed the version of “Star Trek: The Motion Picture” that came out on December 7, 1979 as a workprint, and the fact that he had to abandon the film before it was completed haunted him for over 20 years. “It hurt him that it was something that got away from him that he didn’t have control of,” Fein said, explaining that the first visual effects company on the film was innovating as they went and simply didn’t have the time to implement their ideas. When they were replaced, Wise had half as much time as he needed to finish the effects. 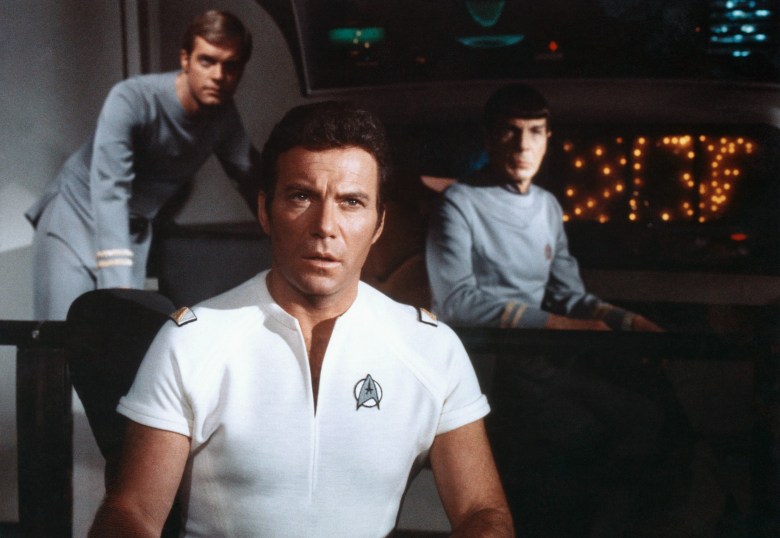 After working with Wise on a DVD release for “The Sound of Music,” Fein broached the subject: Why not return to “Star Trek: The Motion Picture” and fix all the things that had bothered the director for so many years? Wise was initially reluctant to revisit a movie that had caused him so much pain, but after the success of George Lucas’ “Star Wars” re-releases and other special editions of classic sci-fi pictures the director became excited by the idea. He wrote a letter to Sherry Lansing at Paramount to inquire about reopening post-production for “Star Trek,” and in 2001 he and Fein collaborated on a re-edited “director’s edition” for DVD release that included new visual effects shots, an improved sound mix, and more precise color timing.

That release was a huge success with fans, but Fein’s desire to create a new theatrical-quality negative met with resistance from the studio. “The studio’s response was, ‘We’re not doing theatrical and DVD is the biggest profit point, so would you consider doing just DVD quality?’” Fein explained. “We said, well if given the choice between that or nothing, sure.” Wise, however, knew the work wasn’t done. “He asked me to come over to his condo and said, ‘I may not be here, but I need you to swear to me that you’ll work to finish a new negative, because this version of the film is the one I need to be my legacy.”

Now, Fein has fulfilled his promise to Wise with a new high-definition restoration of “Star Trek: The Motion Picture — The Director’s Edition” that has been released on 4K Ultra HD Blu-ray with hours of new and legacy special features. Fein and post-production supervisor Mike Matessino, who also collaborated with Wise on the earlier director’s cut, spent six months painstakingly recreating and revising the visual effects with the latest technology; they also remixed the sound in Dolby Atmos. The new version remains faithful to Wise’s epic vision but has the immediacy of a brand new film, which is exactly what Fein intended. “We were not completing a 1979 movie, we were completing a movie for 2022,” Fein said, explaining that the guiding principle was not to limit himself to what could have been possible in 1979, but to ask what best served the story. “Bob always insisted, ‘Don’t let anything hold you back.’ It’s all about the story, and about how to make the audience’s experience as perfect as possible.” 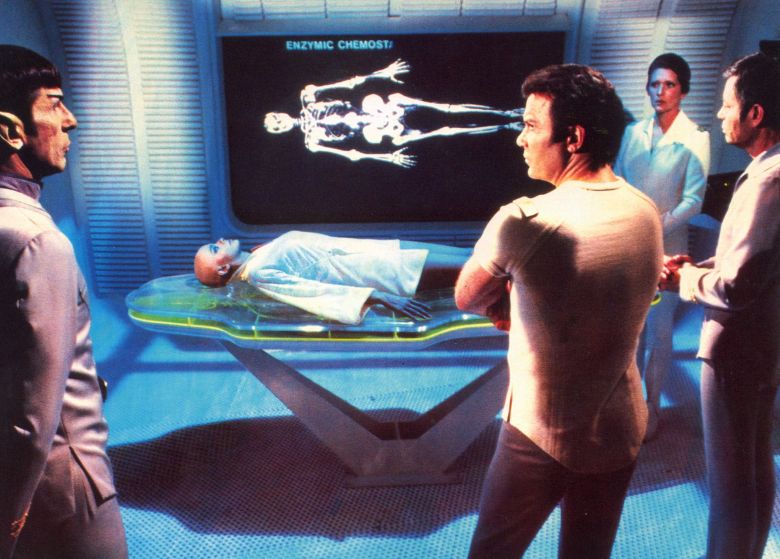 The 2022 release is far more than an up-res of the 2001 director’s cut; once Paramount opened their archives to Fein and his team, Fein discovered that he had access to an embarrassment of riches when it came to the original sound and picture elements. “We ended up doing about 200 effects shots,” he said. “The extra material meant so much more work that wasn’t budgeted, but we did do it on budget, which was great.” For Fein, the key was removing all of the distractions that existed in earlier incarnations of the movie. “The theatrical version is filled with distractions, things that weren’t supposed to be there. There were places where effects shots would start and then a few frames in other ships would start moving. Other places had so much grain that your eyes would go right to it, and that grain had to be removed with no loss of picture quality.”

The adjustments are often small but make a huge difference in the audience’s perception, as in shots like one in which Captain Kirk (William Shatner) and Scotty (James Doohan) ride in a travel pod. In the original version they looked like they were projected onto its window, now they’ve been subtly pushed back to appear more inside the vehicle. There are dozens of such examples throughout the film, all of which cumulatively give “Star Trek: The Motion Picture” the emotional impact Wise intended so many years ago and that Fein swore he would see to fruition. “In order to have that pure joy and escapism, you can’t be shaken out of the moment,” he said. “It’s beautiful that now it’s working and it makes me so happy that people love it.”

Sign Up: Stay on top of the latest breaking film and TV news! Sign up for our Email Newsletters here.