Amid skyrocketing prices of gas, oil and electricity, Germans are increasingly turning to wood to heat their homes, causing prices to nearly double compared to last year.

For weeks, gas has stopped flowing through Nord Stream 1, Germany’s nuclear power plants are set to shut down, and the government is bailing out energy companies left and right.

Despite warnings of potential blackout scenarios, consumers continue their rush to buy electric space heaters. The Germans are anxious.

Recent political statements have contributed to anxiety. “Germany could get through the coming winter well” provided “we have luck with the weather” and saved enough gas, explained Robert Habeck, vice-chancellor and minister of economy and climate action, on 19 September.

In Germany’s political discourse, this was interpreted as the government’s number two highlighting the need for good fortune to make it through winter.

In that context, the momentous spike in wood prices is unsurprising. “Some people find it weird that the price of wood pellets increases. I don’t. When the price of a good increases, people substitute away, driving up the price of substitutes,” said Lion Hirth, energy markets professor at Hertie School in Berlin.

According to data comparing firewood prices in August 2022, Germans are spending significantly more money on wood to heat their homes.

Wood pellets and firewood prices are up 85.7% compared to last year. The most drastic price increase concerned wood flakes and pellets, which went up 133.3%. Meanwhile, the average price increase of consumer goods in the same timespan was a mere 7.9%.

The German statistical office cites multiple causes for the extraordinary spike, attributing it to “increased demand” and “increased acquisition and transport costs in the wood industry.”

The country’s growing demand for wood has also depressed exports, which went down 30.3% compared to last year.

While high domestic energy costs have hampered the production of wood ovens for home heating, which went down by 4.5% in the first quarter of 2022, imports of ovens increased. By July, an extra 60,000 ovens were imported in Germany, 62.4% of them coming from China. Simultaneously, oven re-exports to EU countries went down by 28.8%.

Few German homes are heated using solely wood. Instead, wood is a popular source of secondary heat. Common examples include an indoor fireplace. 11.8% of newly-built homes in 2021 are capable of using wood for heat.

This is despite warnings against the climate and health impacts of fireplace wood, which is now regulated in cities like Paris for air quality reasons.

“Wood burning is the biggest source of the particulate pollution that already kills over 1,000 people in the EU every day,” explained Karl Wagner, a biologist and NGO campaigner, in a recent op-ed for EURACTIV. 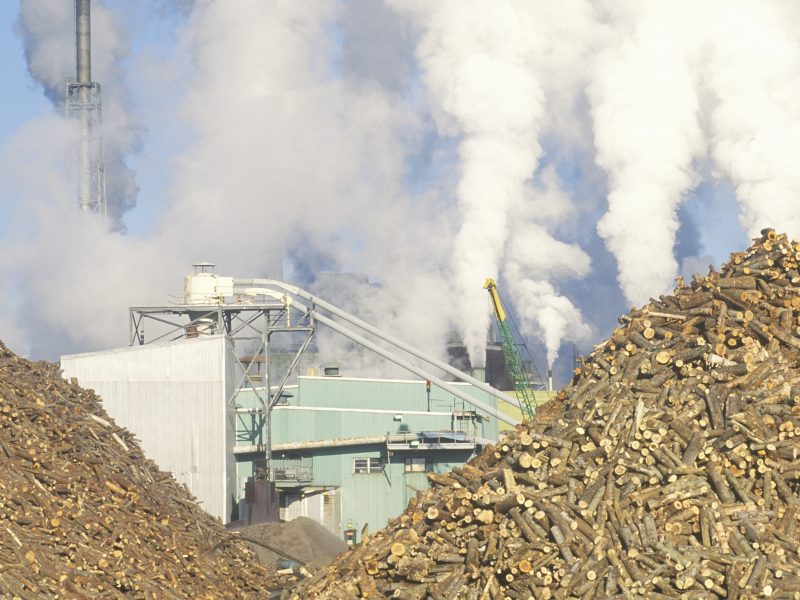