Neha Gupta De grew up eating the goodies of Bangla Pastry Shop in Delhi’s Gol Market. When she moved to Mumbai for professional reasons, she continued to crave these treats from her childhood, as she felt the bakeries of Mumbai paled in comparison. Hence, instead of sending traditional food items like laddoos, her mother would send confectionery from this bakery dating back to 1972, whenever anyone travelled to Mumbai. She says, “Trust me, no one does Chocolate Eclairs better than Bangla Pastry Shop. Its flaky and flavourful crust is filled with fluffy cream and topped with amazing chocolate ganache. Since it is still run by the owners, it has maintained the feeling and familiarity of childhood. Unlike most bakeries which drench pastries in sugar syrup, Bangla offers freshness of the pastry with fresh ingredients!”

Many people feel the same way about Bengaluru-based Corner House ice creams, and return time and again to eat its delicious ice creams. Its founder Narayan Rao moved to Bengaluru in 1974 to study agriculture and fell in love with the city’s charm. He started Corner House as a café for sandwiches, burgers, pizzas with a small offering of ice creams. In 1995, he decided to focus exclusively on ice creams as that was the biggest hit amongst patrons. An old picture of the Corner House

Today, they have 22 branches in Bengaluru and Mysore. He shares, “Corner House has been a quintessential Bengaluru brand. It has become a part of families and homes and is integral to Bengaluru’s spirit. For 40 years now, we have offered high-quality ice cream desserts at reasonable prices that adhere to our in-house ‘scoop value’ tenet; a guarantee that customers get their money’s worth.” Delhi’s Defence Bakery is another brand that has stood the test of time, continuing to attract a dedicated clientele despite the onslaught of European style bakeries and cafes around it, in South Delhi’s tony Defence Colony. Its third-generation proprietors Gaurav and Tushar Dhingra describe it as a melting pot of people, where over decades, everyone would come to grab a delicious snack, confection or just to stop by for a chat with ‘Dalip Uncle’ – their father. As a professional baker, he was known for experimenting wildly in his kitchen, recreating international tastes with local ingredients, resulting in iconic dishes like their pizza base or atta bread. Now as they complete 60 years in the business, the owners find value in staying true to their original offerings while also catering to global tastes by adding trendy items like sourdough bread on their menu. What is perhaps even more interesting is the existence and growth of brands that are almost a century old. Flury’s in Park Street has become synonymous with Kolkata’s café culture. Established in 1927, they are known for serving pastries, chocolates, puddings and cakes specialized to cuisines from around the world. The brand is on the road to expansion with a branch in Navi Mumbai and even caters exclusive events around the country, as with the recently held ID Design Week in New Delhi. Similarly, Delhi’s famed bakery Wenger’s, located in Connaught Place, dates back to 1924 and is as packed with its regular customers today as it was when it first opened to cater to British troops.

Another pan-India brand that has grown phenomenally over the last 97 years, is Keventer’s. Aman Arora, its current Director and CMO explains, “Keventers, which started out as a dairy manufacturing company in Delhi in 1925, has managed to create a retail category out of milkshakes—pioneering the use of the glass bottle and developing it as a ‘hangout’ beverage option.” The brand now has over 250 outlets throughout India including Delhi, Hyderabad, Mumbai, Bengaluru, and Kolkata and will soon be available abroad as well. 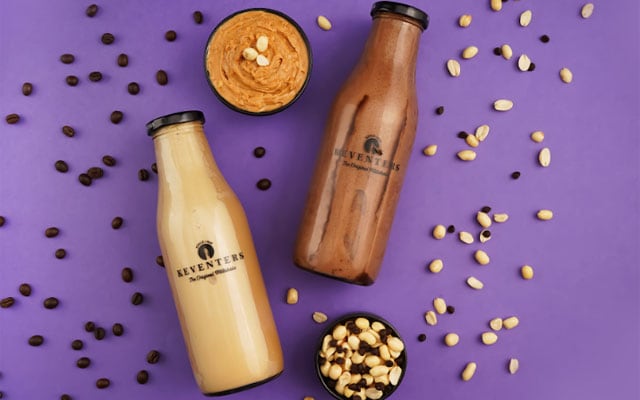 In some cases, a bit of rebranding worked magic; in others it was the amalgamation of old, existing recipes with new global favourites; but most have survived on the solid strength of their original fare. One wonders the secret of their continued success and patronage in the face of tremendous competition from bright and shiny globally inspired eateries. Some patrons liken the act of eating here to sitting in a time machine and being transported to simpler times and childhood memories; others put it down to social conditioning and indulgence in habits that have been formed over a lifetime. However, it is Rao of Corner House who describes it best when he says, “Nostalgia is a big reason for our customers to keep returning. The memories, the feeling of being connected to us and the many memories associated with friends and family is what brings them back. Many who move abroad for studies/work make it a point to return every time they are in the city.” It seems nostalgia certainly is sweet.