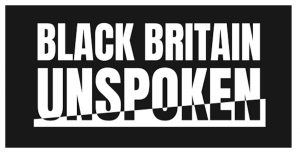 Warner Bros. Discovery and Media Trust have revealed the filmmakers whose short films, focused on what it means to be Black and British, will stream on Discovery+ UK throughout Black History Month.

The three short films The Nod – Tell Me You Got Me by Richard Ampeh, Too Autistic for Black by Talisha ‘Tee Cee’ Johnson and The Power of Plantain by Sheila Kayuma offer highly personal and thought-provoking accounts of what being Black and British means to each of the filmmakers.

Their short films will be previewed at the Royal Television Society’s London Convention 2022 before making their streaming debut on Discovery+ this October as part of Black History Month. The filmmakers were selected following an open call to the industry which saw over 100 applications to be part of the programme.

Clare Laycock, SVP head of content & planning, Warner Bros. Discovery UK, said: “We are delighted to announce the filmmakers and the films that will run on Discovery+ during Black History Month as part of Black Britain Unspoken.

“Black Britain Unspoken is a hugely important initiative that has been spearheaded by our Multicultural Alliance working group, in partnership with Media Trust, and is part of our long-term strategic focus on ensuring diversity in our content. Richard Ampeh, Talisha ‘Tee Cee’ Johnson and Sheila Kayuma are three incredibly talented filmmakers whose unique and very personal stories will inspire our audiences throughout Black History Month and beyond.”

Super Channel is onboard a feature documentary from Cineflix Productions, Hello Friend Media and Bright West Entertainment that chronicles the stories of campers and counsellors during an LGBTQIA2S+ summer camp in the Canadian Rockies.

Filming has started on Summer Qamp, which has Super Channel attached as Canadian broadcast partner with Quebecor Content on board in Québec.

The documentary focuses on a group of queer youth as they attend the camp, which offers a “judgement-free zone where they can explore their authentic selves while building community and making memories that will last a lifetime.”