NEW YORK — A student LGBTQ group at New York City’s Yeshiva University agreed on Wednesday to pause its battle for campus recognition, after the university suspended all student clubs to avoid recognizing the Pride group.

A New York court has ruled that the flagship Modern Orthodox university must recognize the Pride group, but Yeshiva University is battling that decision in court. The university announced the suspension of all clubs last week after the US Supreme Court dismissed the case.

The YU Pride Alliance said it had agreed to a stay, or legal pause, during the appeals process for the benefit of other students. The decision means YU will not be forced to grant the Pride club recognition for now.

“This was a painful and difficult decision,” the YU Pride Alliance said. “We do not want YU to punish our fellow [students] by ending all student activities while it circumvents its responsibilities.”

“YU is attempting to hold all of its students hostage while it deploys manipulative legal tactics, all in an effort to avoid treating our club equally,” the club said. “YU publicly states that its love for our LGBTQ students is unshakeable, but the administration’s actions seem intended to sow anger and resentment on campus against us.”

The YU Pride Alliance said the stay will remain in place during New York court appeals, but an agreement released by the university’s legal representatives said it will be in effect throughout a potential Supreme Court case as well.

The university has sought to tread a line between rhetorically welcoming LGBTQ students and refusing to recognize the Pride Alliance “to protect the university’s religious autonomy.”

“We welcome and care deeply for all our students, including our LGBTQ community, and we remain committed to engaging in meaningful dialogue about how best to ensure an inclusive campus for all students in accordance with our religious beliefs,” the university said. 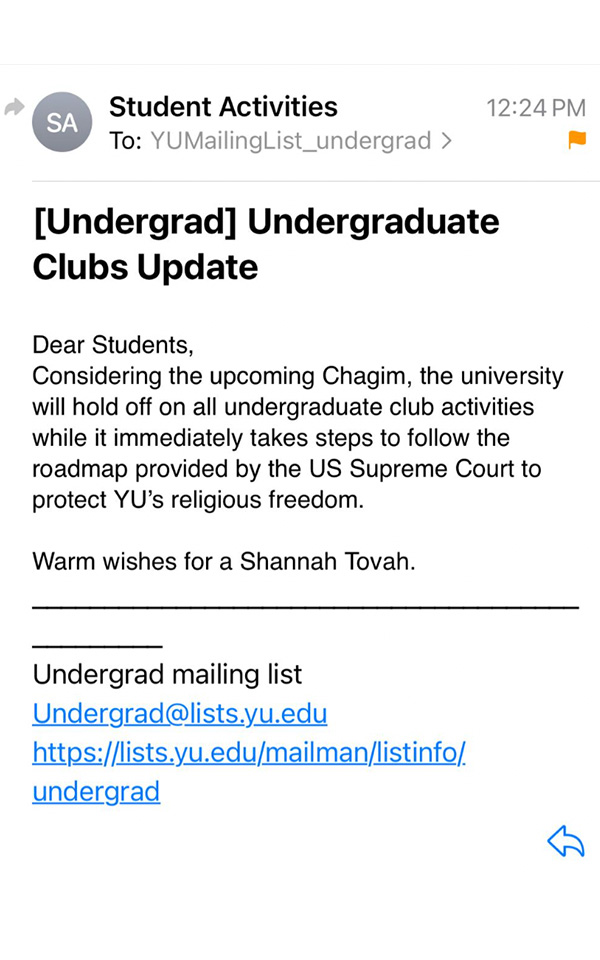 Yeshiva University announces a decision to suspend all student clubs in an email to the student body, September 16, 2022. (Courtesy)

The university said it plans to resume club activities soon after the holidays. Yeshiva University announced the club shutdown in an email to undergraduate students on Friday, saying it was appealing to protect its “religious freedom.”

Recognition would grant the Pride club funding and other benefits that are distributed to other student clubs.

On Tuesday, the Jewish Queer Youth LGBTQ advocacy group offered to fund all clubs at the university during the suspension. The group funds the YU Pride Alliance and had said the university’s decision to suspend all clubs “paints a target on the backs of queer undergraduate students.”

Hundreds of students, faculty and alumni have signed an open letter in support of the Pride club.

The legal dispute revolves around whether the university is a secular institution that must adhere to non-discrimination laws, or a religious one covered by the First Amendment’s protection for the free expression of beliefs. 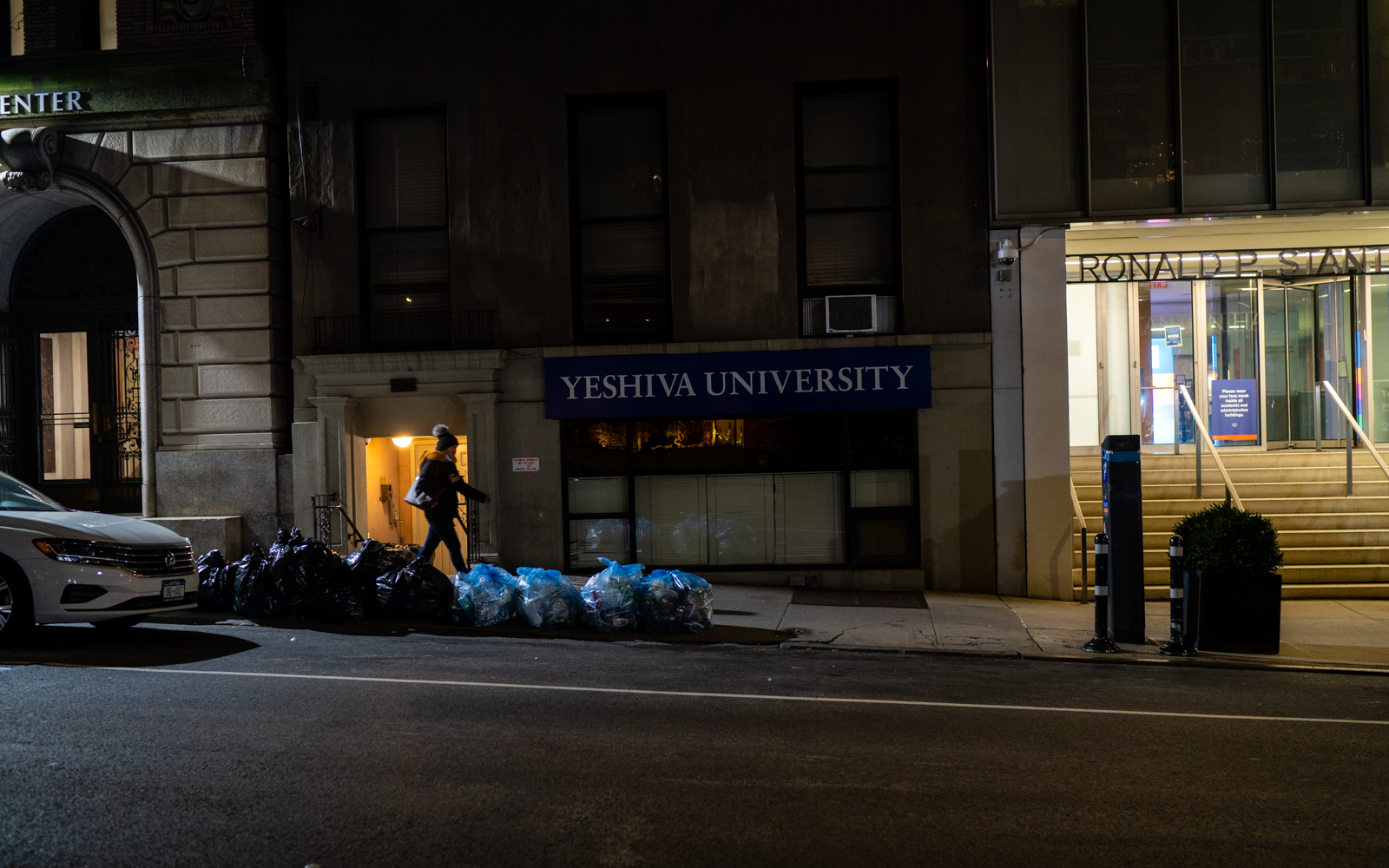 The university says recognizing the club infringes on its religious beliefs. Gay sex and same-sex marriage are generally forbidden in Orthodox Judaism.

In June, a New York judge said the university needed to recognize the club under a city human rights law barring discrimination based on sexual orientation.

The university appealed to the Supreme Court, asking it to overturn the New York court’s decision. The court dismissed the case last week, meaning the university needed to recognize the club, at least temporarily.

The Supreme Court said the university needed to exhaust other appeals before it would hear the case. The decision was made on procedural grounds, not the larger religious issues.

The dissenting justices said the university could appeal to the Supreme Court again down the road and would “likely win” in such a scenario. Yeshiva University President Rabbi Ari Berman said the school would “follow their instructions.”

The university announced the club shutdown the next day.

The Supreme Court has a conservative majority and has previously ruled in favor of religious groups.